With the New Protein Fund, Big Idea Ventures aims to tap into opportunities provided by growing interests in plant-based diet

New York- and Singapore-based venture capital (VC) firm Big Idea Ventures has made the first close of its US$50 million plus fund that is aimed for companies working on the development of new protein alternatives –or meat replacement.

The fund has already made its first close in March and aims to close with the targeted number within the next 12 months.

In an interview with e27, Big Idea Ventures Managing GP Andrew Ive explained that in the first stage of investment, the firm plans to invest US$250,000 in about 100 global companies.

“Within the next two to three years, we will start looking into China and Europe,” he said.

The New Protein Fund has made its first investment into Shiok Meat, a Singapore-based startup that is developing lab-grown seafood and meat.

According to a report by Zion Market Research, the global plant-based meat market will reach US$21 billion by 2025.

This might just be the reason why Tyson Food, being one of the major players in the meat industry, is making moves to expand to the plant-based market. 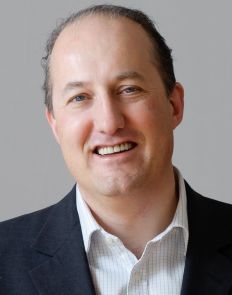 In early March, Bloomberg reported that the company is set to “accelerate and develop” a new protein business line, and has even appointed a chief sustainability officer.

The New Protein Fund itself is the first venture capital fund Tyson Food has ever invested in.

When we talk about the reasons why Big Idea Ventures decided to focus on plant-based meat, Ive pointed out that people are becoming more open to a “flexible” eating habit.

“More and more people are moving towards flexitarian, plant-based lifestyle … Beyond Meat [products] are moving from the vegetarian section to the meat section in the store; meat-eating people are more prepared to give the products a try,” he said.

Ive said that in the next five to 10 years, there will be more companies that respond to consumers’ needs for a variety of great-tasting plant-based food, especially as consumers become more aware of the environmental and health impact of consuming meat.

This is the opportunity that Big Idea Ventures is trying to tap into as a VC firm.

In principal, as a VC firm, there are several criteria that Big Idea Ventures is looking for in a potential investment.

In addition to impactful ideas and market opportunities, they are also a believer in the importance of investing in human resource first.

“I have invested in companies where the product needs a lot of work but they have such a good team. I knew they would be prepared to improve or change the product,” he said.