Andrew Ive, founder and managing partner of Big Idea Ventures, thinks alternative meat companies are no longer niche products, reserved for vegans and ethicists. In fact, he reckons these start-ups can be valued like any conventional food company.

“If you look at the minced meat market, these products are mostly unbranded and sold at low-price points,” says Ive, a long-time food investor. But Bill Gates’ Beyond Meat, the vegan start-up gunning for an IPO in the US, crafted a name for itself by selling plant-based ground beef and burger patties in supermarkets. “As a result, the company could sell at a premium in a category that traditionally has been very commoditised,” he says. Beyond Meat’s mince is sold at US$6.49 ($8.83) for 283g at Whole Foods, whereas ordinary ground beef is sold at an average of US$4 for 450g in the US.

Ive is also not surprised that Beyond Meat’s IPO would value the company at 15 times its revenue at around US$1.4 billion. The company is not profitable. “If this were a product only for vegans, that would be a crazy valuation. But I believe plant-based protein companies have crossed the boundaries from a [vegan] product into a normal food company,” he says. As such, he is set on capitalising on the growth of this market.

Ive’s New Protein Fund, which is focused on plant-based products, announced its first close in March this year and will close within the next 12 months. It has secured more than 30% of its initial target of US$50 million. Ive hints that the fund is legally allowed to raise up to US$100 million. Temasek Holdings and the world’s second-largest meat manufacturer Tyson Foods are investors. 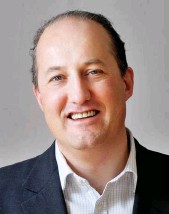 The fund plans to invest in 100 companies involved in plant-based protein and other meat alternatives over the next four years. Ive reckons half of these investments will be in Southeast Asian start-ups. “We will bring them to Singapore and work with them for five months to develop their product and help them build a distribution strategy,” he says. These companies will receive US$250,000 each in funding. By the end of five months, the top 25% of these companies could get up to US$3 million each in funding over the next few years. The fund is targeting start-ups in the pre-seed to pre-Series A phases.

While most of these food innovation start-ups are based in the US, Asia’s big cities are particularly receptive to trying out these products. According to Impossible Foods’ chief operating officer David Lee, Asia makes up 40% of the company’s market share. The hunger for meat without guilt is driving the industry, Lee says. Both Beyond Meat and Temasek-backed Impossible Foods claim to have won over meat eaters in Hong Kong and Singapore. Both companies plan to invest further in their Asian distribution network.

About a decade ago, food companies started experimenting with alternative proteins, or faux meat. Most investors were ultra-high-net-worth individuals who cared about global warming and animal welfare. Today, this industry is being boosted by Silicon Valley’s heavyweights. Notable investors include Jeff Bezos, Michael Bloomberg and Richard Branson, who hope to back companies that could shake up the multibillion-dollar meat industry.

The meat industry players themselves are joining the fray. Venture capitalists say this is due partly to the fear of disruption brought on by companies such as Beyond Meat. Indeed, cattle ranchers and farmers in the US have lobbied for these companies to remove the word “meat” from their labels.

But other companies such as Tyson Foods and agribusiness Cargill are keen to be a part of this new protein market, spurring greater interest among investors. Tyson Foods is building its own alternative-protein business unit, testing everything from legumes to peas, mushrooms and insects.

“When I speak to different big food companies, they are responding in different ways,” Ive says. “Some are setting aside US$100 million or so to create their own funds, while others are building their own accelerators.”

The Singapore government has set aside $144 million for research in food tech, which includes plant proteins. It also pledged $80 million for the development of lab-grown meat. These efforts are being carried out in hopes of making Singapore a food innovation hub for the region amid the looming worry that global warming will continue to hurt Asian agribusinesses.

Ive’s New Protein Fund has already invested in one local start-up, Shiok Meat, which develops cell-based shrimps and plans to mass produce in the next two years. “We like the company for its B2B potential. It can be used as an ingredient in fishballs, for instance. The route for [labgrown seafood] can also be shorter than meat-cell products,” Ive says.

While many start-ups are testing out meat-cell alternatives, Ive is less confident about the prospects of such ventures. He also foresees furious threats from the meat industry, which may run smear campaigns against lab-grown meat products.

“I’m not sure if your average parent will be comfortable in the next five years to walk into a grocery store to buy a cellbased piece of meat compared with a meat or a vegan product. It is easier for consumers to be flexitarian and then move towards a more plant-based diet compared with making a cell-based purchase,” Ive says.

Acquisitions in three to five years

If Beyond Meat’s valuation is anything to go by, investors are optimistic that plantbased protein companies and their labgrown cousins will command relatively high valuations. Investors are betting that there is sufficient interest from consumers, especially among millennials who are conscious about the source of their food.

“Early investors in this space might make a better return than those entering later,” says Terence Sim, an associate director at Vickers Venture Partners. The firm is considering investing in plant-protein companies.

The risk would lie in manufacturing these products at scale. “One of the biggest risks is how cost-effective the process is. My understanding is that it is still more expensive than real meat,” Sim adds. There is also a worry that some of these companies may be popular only among the vegetarian crowd.

Better start-ups in this space could, however, be acquired within three to five years from inception. “A possibility is when the company hits [revenue] of US$10 million in 12 months. It could [get a valuation] of five to six times,” Ive says. Indeed, the success of Ive’s fund would depend on how well its meat-alternative companies gain market share among meat-eating consumers. E