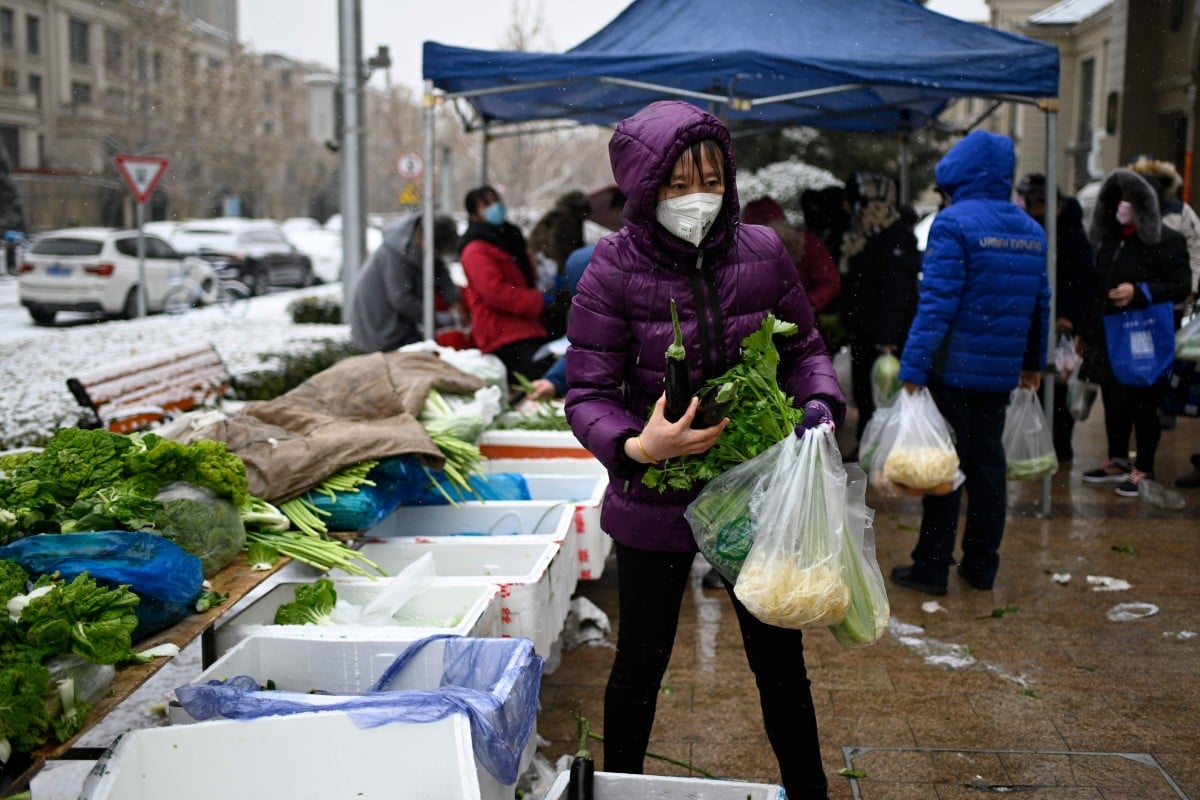 A woman wearing a mask buys vegetables at an open market in Beijing on February 2, after an outbreak of virus similar to the SARS pathogen. Photo: AFP

China is likely to restructure its meat production and distribution system by doing away with smaller producers in favour of large-scale animal farming once the coronavirus outbreak recedes, according to analysts at Jefferies. Producers of plant-based meat substitutes could benefit too, it said.

The government is approaching some meat importers and offering them the opportunity to set up state-of-the-art meat and animal processing factories on the mainland, the analysts said in the February 10 report, citing sources. It is also bringing in specialists in setting up meat processing production lines to advise on international best practices for food safety, the report added.

“We expect that in the wake of recent issues, the government will make further announcements ending, once and for all, the practice of butchering animals in cities/markets,” its Hong Kong-based analysts wrote. This will put protein production “in the hands of large corporations and SOEs.”

Can meat-loving Chinese consumers be convinced to switch to plant-based substitutes?

The thinking follows a series of health scares that have plagued the nation’s meat supply and security, with the latest coronavirus epidemic adding to recent outbreaks of African Swine Fever and Avian flu. Five Chinese provinces have temporarily closed live poultry trading and slaughtering locations, according to Jefferies, while the swine fever has forced the government to cull most of its hog herd in 2019, stoking inflation.

“We believe that the current senior party officials do not want this to be seen as their legacy,” according to the Jefferies report.
Jefferies said large corporations and state-owned enterprises such as WH Group, Wens, Muyuan and COFCO, would be the chief beneficiaries of the plan. The shift is also likely to quicken the acceptance of plant-based protein, Jefferies said. That has a big implication for Hong Kong, which imported all of its fresh pork and 94 per cent of its fresh beef from mainland China.

“The pace is going to accelerate with these unfortunate situations,” said Christian Cadeo, Singapore-based managing partner of Big Idea Ventures, which focuses on alternative-protein investments. “Eventually, with enough shocks of this magnitude, consumers will just say enough, and switch over.”

People will become much more conscious about what they consume, said David Yeung, founder of Hong Kong-based Green Common, which sells plant-based meat products in Hong Kong and China. “I can say with confidence that demand for healthy food will skyrocket in China as awareness on food safety must be at a whole new level.”
Jackfruit, vegan meat substitute used for pulled pork, tacos, even fish patties, packs a nutritional punch

The conversion may take time, according to Arun Sundaram of CFRA Research, an independent investment research firm. He estimates that it would take more than five years for China to restore animal protein levels after the African Swine Fever, with consumption of pork suffering for even longer.