In the Philippines, 13 million tons of food waste comes from seasonal and bumper crops that never reach the consumer.

The 2019/20 TFF Challenge Finalist Team WTH (Worth The Health) Foods produces plant-based, ready-to-eat meals, such as jackfruit stew and mung-bean based ground meat. The team is now developing their new range Seasonals, which uses seasonal crops to create delicious, nutritious and convenient foods that help to reduce the waste that occurs from post-harvest loss and processing.

In this interview Stephen (co-founder/ CEO), Carissa (co-founder/ ops) and Con (marketing/ R&D chef) talked about the complexity of the Philippine food system and the opportunity to repurpose food waste in creative ways. The below answers were given by Stephen, unless stated otherwise.

What’s the story behind WTH Foods?

After completing my Master’s degree in Bioscience Enterprise, I wanted to go into food innovation, an area that is very relevant to my home country, the Philippines.

Carissa and I have known each other since primary school. She has a background in food processing and manufacturing, and we started off with a craft beer project in 2015. We are still running Nipa Brew, but wanted to start another project where we can have a bigger impact on local farmers and local produce. It took another four years until we launched WTH Foods.

At WTH Foods, we turn surplus vegetables into nutritious meals that can beat meat cravings. Our flagship product is a sustainably produced mung bean (monggo) meat and now we are developing our new ‘Seasonals’ product range. We also have a pilot kitchen, called BOTANY, where we sell our plant-based meals and Nipa Brew.

Who else is part of the team?

Next to Carissa and me, we have Con and Vanezza on our team.

Con joined the team as the marketing lead but now doubles as the R&D chef. We didn’t even know she was a good cook until she began whipping up team lunches and proposing recipe ideas for WTH Foods. Whatever creative recipe Con comes up with, our food-tech manager Vanezza then standardises and packages to ensure a long shelf-life.

We’re a very nimble team that uses everyone’s strength in the best way possible. Our innovation starts from the ground up—when we have an innovative idea, we act upon it.

Your new product range is called Seasonals. What is it about?

The TFF Challenge made us think about using surplus foods and transforming it into meals with a long shelf-life, that’s how we came up with Seasonals. 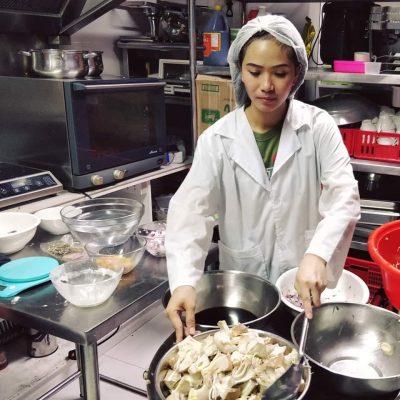 Seasonals exclusively uses valorised seasonal bumper crops which are sourced directly from local growers, processed to minimise waste streams, and delivered to customers in sustainable packaging. Our one-for-one business model allows customers to support a social cause. For every box purchased, the buyer can select a charitable institution to receive another box.

Con: The interesting and challenging part for me as the R&D chef is that we never know what crops we will have. We have to come up with our dishes from scratch and it has to be delicious, nutritious and utilise the whole product.

Why is it important to consider seasonal bumper crops in the Philippines?

Given the landscape and location of the Philippines, we struggle with excess amounts of food in some parts of the country, while in other areas there are pockets of food insecurity. It is impossible to bridge the gap between the surplus and that need in time because of poor government planning and lacking infrastructure.

As a result – and also because farmers often can’t process the food – around 40 per cent of all produce goes to waste. There is no system in place to avoid post-harvest loss and bail out the abundance of fresh produce that is farmed and harvested here.

The Philippines is also one of the countries that is most affected by climate change. A typhoon can wipe entire farms out. We rely heavily on packaged relief food.

How do you know when there is surplus food?

Con: Last year the food waste movement started to become viral and the media started reporting about surplus crops. Now it is becoming a trend for young people in urban areas to support their relatives in the countryside. They disseminate news about surplus food and when the media picks it up, the messages literally blow up on social media.

What currently happens in the Philippines is mostly a community, grass-roots effort. We work with partners on the frontlines of the issue.The government has set up drop-off points where they make huge amounts of excess food available. Unfortunately, they are usually limited to one crop only.

Does COVID-19 have any impact on food supply and surplus food?

Yes, the impact is huge. The government suddenly imposed a lockdown and stopped all public mass transport which means that vegetables can’t be delivered to the city anymore. Fresh produce is rotting in the farms surrounding Manila because farmers lost market access

What is your vision for WTH Foods and Seasonals? 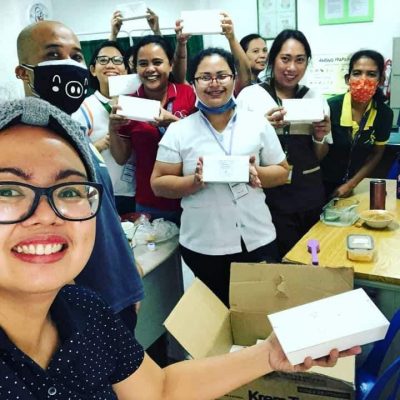 There are so many facets in food security. We really want to make a dent here in the Philippines. We have a unique archipelagic food system. The Philippines grows huge amounts of fresh produce and I hope that with WTH Foods we can feed our country – and the world – with plant-based food innovation.

As a team, we also hope to showcase that science is a viable career. Kids are losing interest in science. WTH Foods is proof that science can be the base of a profitable and socially impactful business.

Why did you decide to take part in the TFF Challenge?

Carissa: I felt really inspired by the Circular Economy content on the TFF Digital Labs. It hurts when I see that good food is thrown away and I know that there are people starving at the same time. TFF allowed me to further explore my interest in food waste and think in more circular systems to advance our concept at WTH Foods.

Stephen: I saw the energy of the TFFers, the scale and the breadth of the partners and network that support TFF. Regardless of the field you are working in, TFF is the place to connect with people in the food and agriculture space.

We normally don’t deal with farmers nor think about the supply chain, but the TFF passion and the 6 next-gen attitudes got us to rethink and talk to people outside of our small team—and really engage with them and see how we can use our team’s expertise to play a bigger role. The TFF Challenge and now the virtual TFF Academy are really doing a good job in making us think about the bigger picture of the food system.