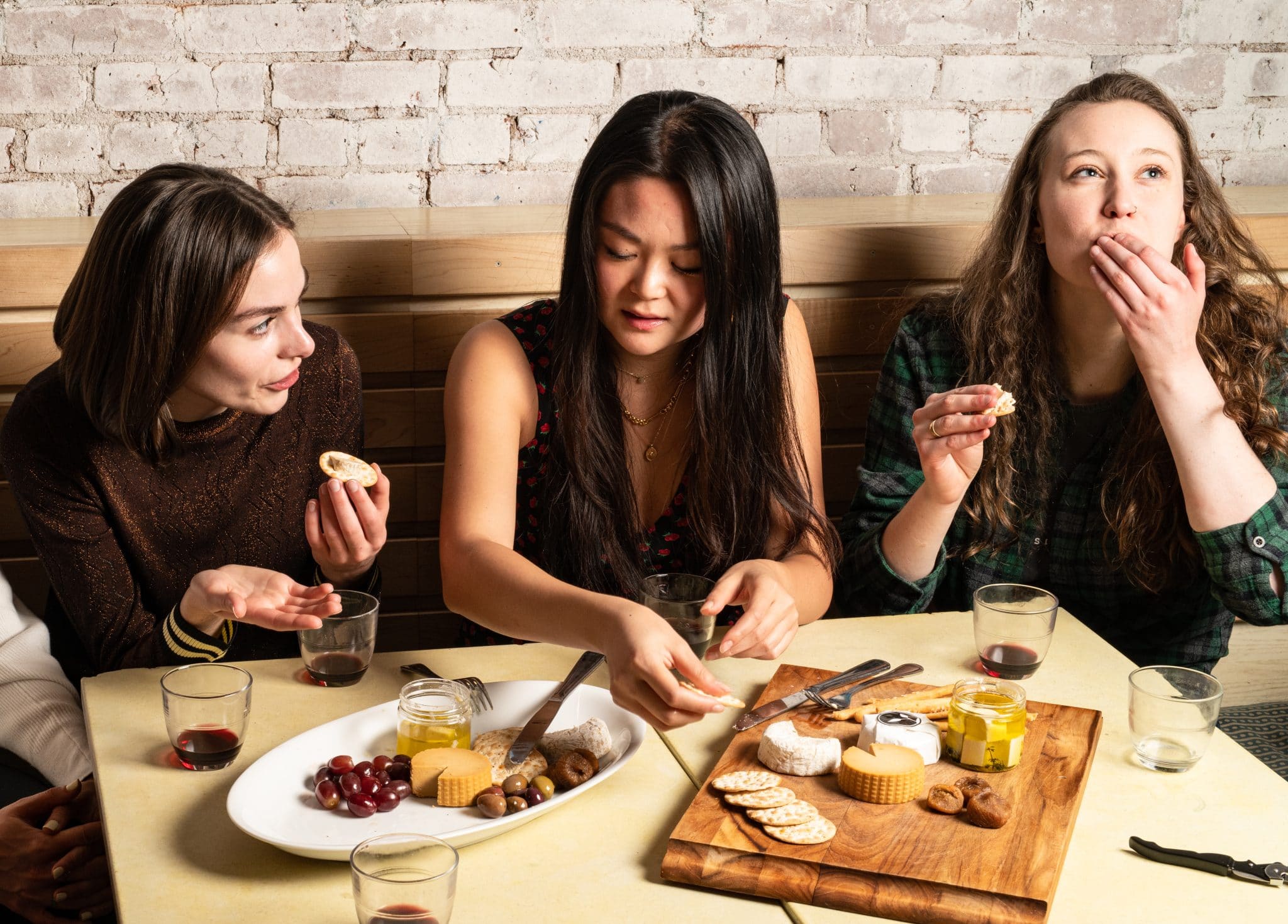 For plant-based cheese brand Grounded Foods, sustainable and dairy-free ingredients combine for a cheese even dairy lovers approve of.

Grounded Foods was born out of a sensory approach to food. Co-founders Veronica Fil and Shaun Quade were running a fine dining restaurant in Australia known for its avant-garde approach.

“It was a very tech-forward venue; we were doing 3D printing, augmented reality, hiring psychologists and sound and lighting designers. We were always looking for ways to engage the senses (outside of taste alone),” Fil tells Ethos. 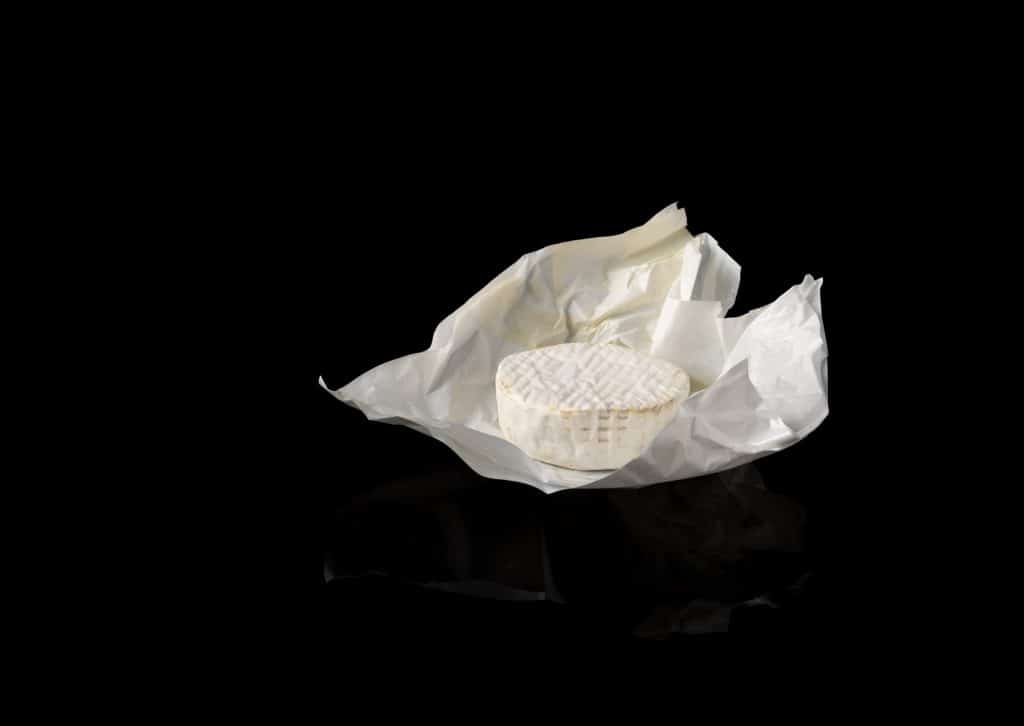 Fil says the blind tasting menus served at the restaurant would often feature dishes that looked familiar but were made from unexpected ingredients.

“I remember when Shaun announced to me that the cheese we’d been serving (for more than a year) was not made from dairy—it was something he’d made from hemp. He just enjoyed the creative challenge and wanted to see how long he could serve dairy-free cheese (to non-vegan diners) without them realizing it. A year had gone by and nobody had noticed. Not even me,” she says.

“I was blown away by what Shaun had created. Over the course of the next few days, I took his innovation, put together the concept for Grounded Foods, and pitched it to investors. Six weeks later we had our first investment,  walked away from the restaurant, sold everything we owned, and moved to the US to become dairy-free cheesemakers,” Fil says.

Vegan cheese for everyone

That was 2019. It’s been a whirlwind since—moving to the U.S., negotiating around a global pandemic, and speeding to market a line of cheese made from plants that Fil and Quade are certain will change the cheese category permanently.

Chief to that point, Grounded Foods is clear in its position that you don’t have to be vegan to enjoy dairy-free cheese. That’s not only true for both founders, but also for the booming dairy-free business and the growing number of people that identify as flexitarians.

From the very beginning, Grounded was swimming against the stream. Vegan cheese has come a long way in recent years from its waxy, tasteless days just a decade ago. But today, most brands are using nuts: cashews or almonds. Or they’re using soy and coconut oil.

“I think those products do the job for vegan consumers but they’re just not resonating with a wider audience,” says Fil.  “We wanted to create something that is both texture and  flavor first—something that people like us would happily eat over traditional dairy, without even thinking about it, or feeling as though we’d made a compromise.”

This is what Fil calls the new “grey area” of alternative protein. As a food tech company that’s developed a new fermentation process, Grounded Foods says its tech is more advanced than what most of the category is creating. “We’re using natural ingredients that come from the ground—no bioreactors required—which means we can make cheeses that are very scalable and affordable,” Fil says.

Hemp is an important crop in the fight against climate change. It requires little to no pesticides or fertilizers. It grows easily—up to three crop cycles per year in the right environment. As a cover crop, it helps to improve soil health. And for every ton of hemp grown, 1.63 tons of CO2 are removed from the atmosphere.

Hemp does much of the heavy lifting in Grounded Foods’ products, but it doesn’t work alone. Part of the flavor comes from cauliflower. Grounded sources imperfect produce—selections that don’t make it to the supermarket because they’re misshaped or have other minor flaws but are perfectly edible. This allows the brand to use a domestic supply chain and keep all manufacturing local.

“I don’t know why this was obvious to him, but I put it down to him being a chef, and simply having a deep understanding of how to exploit natural ingredients to their fullest potential,” she says.

One of the brand’s signatures is its packaging. A stark black background with white font that looks more like a book cover than a cheese package.

Fil says that’s because they started Grounded Foods with just $700 in the bank. “We were a two-person team,” says Fil. “We had to teach ourselves how to do everything. Shaun designed the packaging with one rule in mind: make it look like the opposite to everything else on the shelf.”

The other signature for the brand is that they don’t market the cheese as plant-based despite the booming demand for vegan food. Veganuary, the month-long campaign that encourages people to go vegan for the month of January, saw a record number of sign-ups this year, and leading brands, including cream cheese maker Philadelphia, have leveraged the campaign to launch vegan products.

“Technically our cheeses are vegan, but we don’t market them that way because it’s not the audience we’re going after,” says Fil. “We’re trying to make healthier, more sustainable dairy alternatives appealing to mainstream consumers. They’re the people who still need convincing. Until we get those consumers to at least incorporate plant-based options into their diets some of the time, we’ll never see a meaningful change in our food system.”

Dairy is one of the biggest climate offenders, according to the Food and Agriculture Organization of the United Nations. Livestock produce more than 14 percent of total global emissions—the equivalent of more than seven gigatons of CO2 per year. Animal agriculture produces more emissions than both aviation and maritime industries combined. While fewer herds of cattle are raised than chickens or pigs, they contribute a larger percentage of emissions, namely methane, which is more damaging than carbon.

Launching during a pandemic has had its challenges, but Grounded Foods has overcome its biggest hurdle: getting to market.

“It’s identical to Velveeta in flavor, only it’s made from healthy ingredients (a cauliflower and hemp base) without all the numbers and additives. It’s my favorite, and makes the most convenient, convincing, plant-based mac and cheese you’ll ever try,” she says.

Fil says the cream cheese works exactly like dairy cream cheese in cooking and baking. “Try it in jalapeno poppers, or for a simple trick, blend a tub into a big batch of mashed potatoes while they’re still hot. No cream or butter required (plus you get all the good protein, calcium and healthy Omega 3 fats from hemp).”

Grounded Foods’ goat cheese comes marinated in herbs with olive oil, which Fil says some people find unusual. “It’s actually a rather famous style of cheese back in Australia (and is also known as Persian Feta), and is commonly used in salads, pasta dishes and antipasto. I love using it on avocado toast, or mixed into scrambled eggs,” she says.

More products are in the works, says Fil. The company anticipates launching hard cheeses later this year—and they’ve got help to do it. Last October, Grounded raised $2.5 million in a Pre-Series A funding round. Investors in that round included Big Ideas Ventures, Stray Dog Capital, Route 66 Ventures, Nucleus Capital, Kale United, and Presight Capital.

And with hemp now so much more accessible and becoming more widely accepted by consumers, the Grounded Foods team sees endless possibilities.

“What excites us more about hemp is simply the fact that it’s so underexplored,” Fil says. The opportunities to democratize consumer access and adoption of hemp-based dairy products are endless. We’re just getting started.”