How a Transition to Alternative Proteins Will Affect the Economy

How Will a Transition to Alternative Proteins Affect the Economy, Jobs, and the Existing Meat Industry? 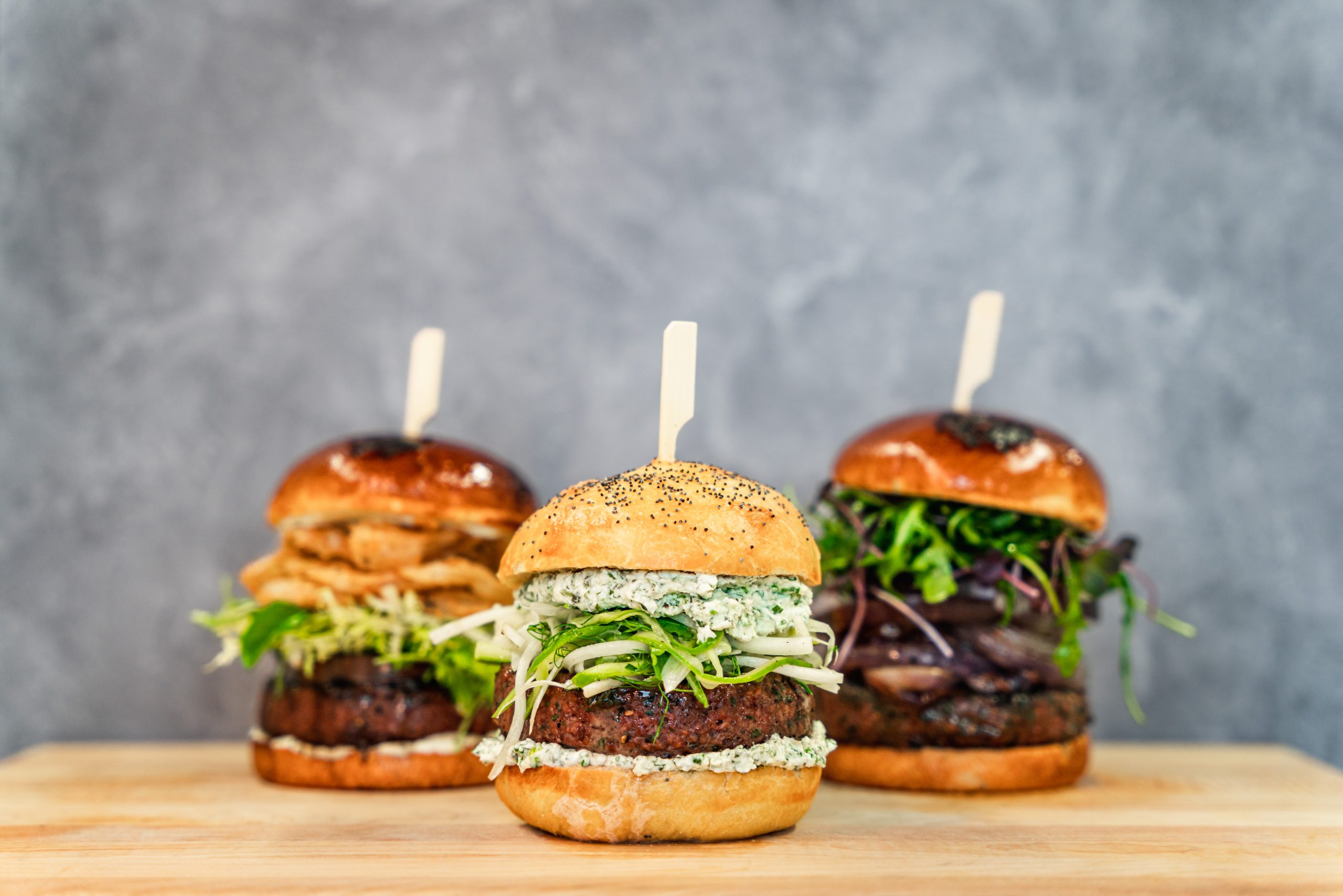 Alternative proteins, like plant-based proteins and cultured meat, have the potential to dramatically reduce carbon emissions, water consumption, plastics, and waste, while also improving animal welfare. But how will a shift to alternative proteins influence the economy, jobs, and the existing meat industry? Clean meat might save our planet, but will it hurt our workers and businesses? How will it influence the US position in global trade? To address these important and pressing questions, I interviewed a range of experts in the alternative protein and agriculture industries and collected data from the Good Food Institute, the U.S. Bureau of Labor Statistics, and the North American Meat Institute.  The results are illuminating and suggest that the transition to alternative protein may be beneficial in more ways than most people realize.

The overall consensus among the interviewees was that the transition to alternative protein will result in some job loss in the animal-agriculture sector, but many jobs will transfer over to this new industry. Andrew Ive, Founder and General Partner of venture capital firm Big Idea Ventures, argues that “people who are currently in animal agriculture today will be the producers of alternative protein in the future.” He continues that “BIV has set up a new fund that helps to commercialize technology focused on food and agriculture innovation from the top fifteen universities in rural communities that specialize in agriculture. BIV doesn’t believe the new future of food technologies should exclude the communities and people who have been developing animal agriculture.”

Nicolas Treich, a research associate at Institut National de la Recherche pour l’Agriculture, l’Alimentation et l’Environnement (INRAE) at the Toulouse School of Economics supports Ive’s statement, asserting that “indeed, there will be job losses in the animal farming sector, but job creation in the alt protein sector as well, so what matters for total employment is the net effect. For plant-based meat, one essentially replaces animal farmers by plant farmers.”

A model detailed in a Good Food Institute report shows that a hypothetical facility capable of producing 10 kilotons [roughly 22 million pounds] of minced cultivated meat annually would staff “an estimated 200 individuals including operators, lab technicians, managers, and maintenance personnel at an average salary of $100,000.” For reference, according to the North American Meat Institute, roughly 73.8 billion pounds of red meat and poultry were eaten in the U.S. in 2021, implying that about 3,350 of these hypothetical facilities would be needed to fulfill the current demand for meat if the nation transitioned wholly to cultivated meat, for an implied employment of 670,000. While it is difficult to estimate exactly how many people are currently employed in the U.S. meat supply chain, the Bureau of Labor Statistics reports that in 2021, employment in “Farmworkers, farm, ranch and aquaculture animals” was 34,140, and employment by “Slaughterers and meatpackers” was 86,458, indicating a total employment by these two industries of only 122,590. Even the most generous of estimates of total employment in U.S. animal agriculture are well under 670,000, suggesting that total employment could increase significantly with a transition to cultivated meat. In essence, an industry that is currently land and water intensive would be displaced by an industry that is more technology and labor intensive.

In general interviewees indicated that they believed that most jobs in conventional meat would be replaced by jobs in alternative protein at essentially the same level of skill, suggesting that farm workers are unlikely to be displaced from the job market.

What are some of the potential global economic impacts of transitioning to alternative proteins?

There are innumerable ways in which alt-meat will alter the economy, the broadest of which being how it will overall affect agricultural efficiency in land and water use, and in greenhouse emissions. According to a 2019 lifecycle assessment conducted by the Good Food Institute, the use of plant-based alternatives for beef, pork and chicken results in dramatic decreases in land use, water use, and greenhouse emissions (see Table 1 below).

*The feed conversion ratio is < 1 because of the difference in water content between inputs and outputs. **Does not include human inedible grasses in the calculation.

Andrew Ive commented on other interesting global economic impacts: “For plant-based meats, we are primarily using three key crops for alternative meat and seafood: wheat, soy, and pea protein. We are using coconut for dairy alternatives. Relying on so few crops makes the supply chain inflexible. You cannot change the crop quantity within a year; it takes a year or two to make the supply to meet the demand. Relying on too few crops also increases our vulnerability to crop diseases which really create cost and supply challenges. I would like to bring in new alternative crops, like legumes and other pulses to increase our resiliency here.”

Ive also noted important global economic benefits of cultivated meat: “I think this is one of the best means of increasing food security for a country because you don’t need huge resources from other countries. Furthermore, the resources required for farmed animals can easily outstrip the land availability of a nation, and when you add to that the antibiotics, the transportation, the shipping and carbon footprint, you find that the whole network is very carbon intensive. Transitioning toward either plant-based, cell-based, or fermentation-based forms of protein would significantly reduce the carbon footprint.

Carson Bone, Cofounder & CEO at Blue Ridge Bantam, a cultured poultry company, also noted the potential economic effects of improved health from adoption of alternative proteins, stating, “If the next generation of alt-meat companies develop products that improve the health of consumers, there is a large potential to free up capital currently being consumed by the health care sector.”

Do you think the jobs in alternative protein are likely to be higher or lower wage than the existing jobs in animal agriculture?

The interviewees overall felt that it was likely that a transition to alternative protein could result in higher paid jobs – a trend consistent with the technological progress in agriculture as a whole. As noted by Carson Bone, “long term there is a shift to higher paying STEM related positions for agriculture in general regardless of alt-protein, and automation is here to stay. I see more opportunity for workers in positions that are centered around data collection and data synthesis.”

Ive backs this up, asserting that “the technologies being used in the alternative protein category require a high level of biology, so they are typically much higher paid than a traditional worker. There are probably scientists involved in genetic engineering of cows, who are highly paid, and then there are lower paid workers, which is probably just a reflection of the life cycle of the product. As alternative protein moves into large scale you approach a larger wage workforce.”

Will switching away from animal agriculture affect the balance of trade between countries?

Treich says that “of course, that will depend on who produces alt protein. My country, France, may be a net loser as we produce a lot of conventional animal products and we are not leading the R&D and commercialization of alt protein novel products.”

Bone approaches this concern differently, emphasizing the importance of food security and independence. He asserts that “any time that certain goods and services change over time the trade between countries will shift. Markets are constantly evolving. Emerging technologies like cultivated foods, fermentation-based foods, and climate-controlled farming will allow countries to become more independent when it pertains to food security.” These shifts in global trade were augmented by the Corona Virus, Bone continues. “Global trade is good, but as we’ve seen with the current impacts of Covid, there is real value to having a certain ratio of interdependence to independence for countries. Independence in the production of basic goods such as energy, water, and food is something every country should strive for long term. This is good for long term global stability.”

What do you think are some policies that could bring alternative protein to the level that animal agriculture is at currently?

Treich responded that “Generally speaking I think that it is important that the public sector provides important subsidies for alt protein innovations, for several reasons. First, the production of knowledge regarding alt protein is a public good, and this justifies government’s intervention. Second, because current R&D funding naturally flows toward the sector with the higher market share, i.e, the conventional sector.”

Ive makes the argument that the “First set of policies [should] relate to labeling and product description. There have been challenges regarding what you can call alternative products. Subsidization is also a hurdle. Regular meat and dairy is subsidized so that it is at a lower price; having policies that level the price playing field would be good to consider.”

He continues that “there is a race with other countries around the world to see who’s going to be the key hub for alternative protein innovation, and right now one of the leaders is Singapore, which is far ahead of any other Asian country. The US has been dominant mostly from large private funding, so if the US does not want to lose this leadership role, then it needs to create policies that encourage innovation. This could include a set of policies around investment and innovation that are required so that the US doesn’t lose the race for food security moving forward.”

What are the biggest hurdles for alternative protein companies?

Nicholas Treich states that “There are two main hurdles: i) the lobbying of incumbent producers, namely the conventional meat sector, and ii) the weight of consumers’ habits (i.e., cultural and sociological effects).” This social effect aspect is echoed in the comments of Carson Bone, who notes that the biggest hurdle alternative protein start-ups will face is “developing a product line that transcends from novelty into a default staple in the majority of consumer’s minds.”

The data and interviews here indicate that not only could a transition to alternative proteins lead to the oft-cited benefits of lower land use, water use and greenhouse gasses, but it could also increase employment, increase the average wage in protein production, and increase food security. This will perhaps come as a surprise to those who worry about alternative protein’s impact on conventional animal agriculture. It appears that while alternative protein is less land and water intensive, it remains job intensive, and overall is likely have large positive effects on the economy.