At the start of November, new startup Jellatech announced its launch as the first cell-based collagen and gelatin company. Founded by Stephanie Michelsen and Kylie van Deinsen-Hesp, Jellatech uses cellular agriculture to produce animal-free collagen and gelatin. Traditionally sourced from the bones and skin of livestock animals or fish, Jellatech’s collagen via cellular agriculture offers an alternative and more sustainable way to produce the same animal protein product from animal cells. Without requiring animals in the process.

Supported by Big Idea Ventures and the rolling fund Sustainable Food Ventures, collagen and gelatin have many functions and are used to make a range of different products. From leather and cosmetics to food products, Jellatech aims to unlock the full functionality of collagen and gelatin by growing and harvesting the protein directly from animal cells.

“We’re building the future of collagen and gelatin business”

“The collagen and gelatin space has been around since the 17th century. The interesting part is that it actually hasn’t changed much since then. We’re still using the same methods and processes of depending on animals and using skin, bones, and other leftover bits from the meat industry. You boil it down and use acids and other ingredients to isolate collagen, and, after that, gelatin.” 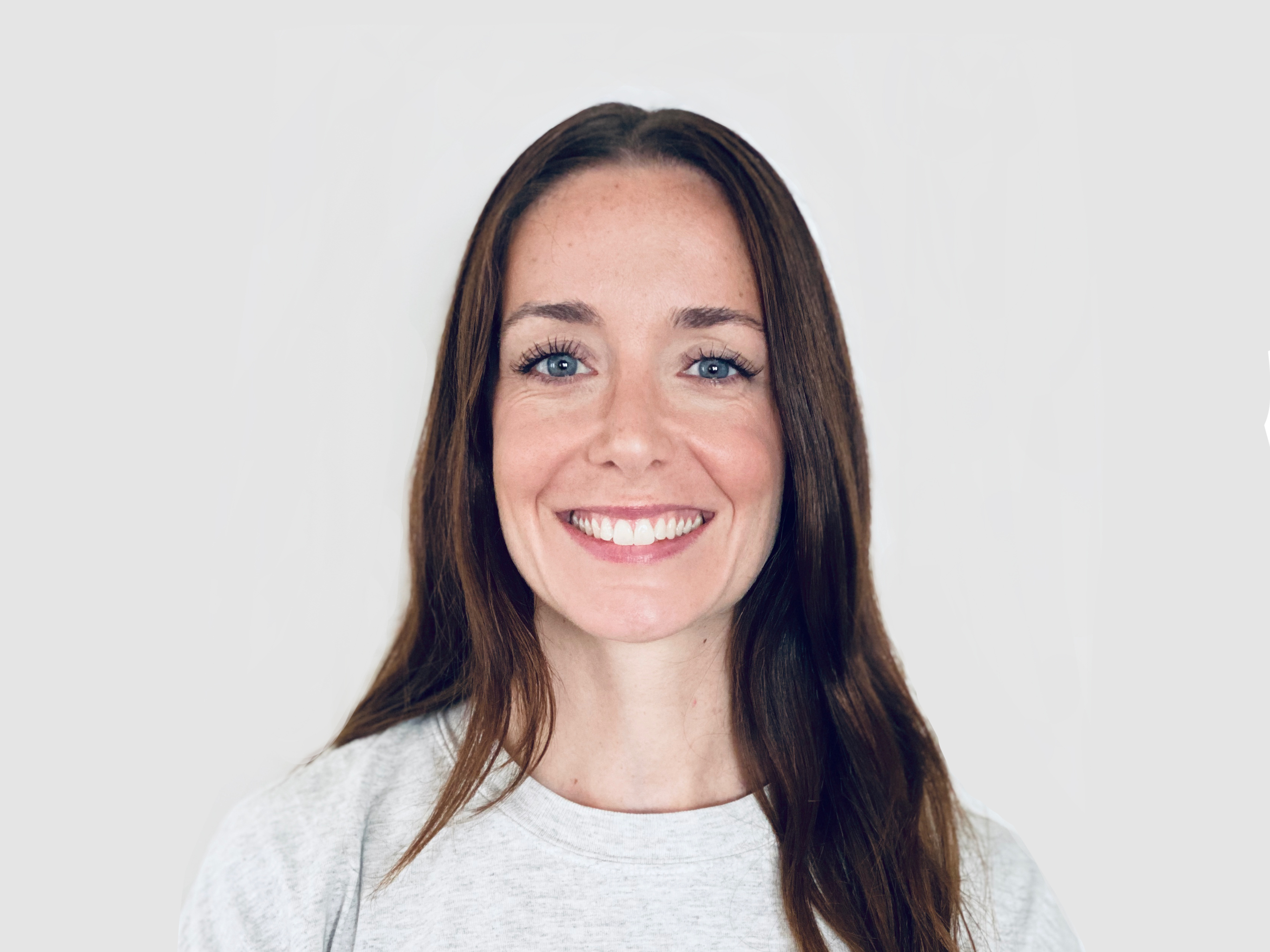 “The major problem [with the current supply chain] is the fact that it’s animal-based. With Jellatech, we’re solving all these problems and that’s why we’re building the future of collagen and gelatin business.

“Instead of using animals, we use cells to grow, design, and purify collagen and gelatin. This way, we don’t have an inefficient supply chain. We don’t need to ship and slaughter animals. We can create clean, sustainable, and ethical products with applications across various industries, such as food and beverage, cosmetics and skincare, and medical. There is also no disease risk and it’s vegan.”

Michelsen also noted how the collagen industry is growing rapidly around the world. “It’s a $3.5 billion market and it’s growing at about 9% [compound] annual growth rate. So it begs the question: how do you satisfy this growing demand without being dependent on animals when we are so close at our capacity, particularly with marine collagen sources?” 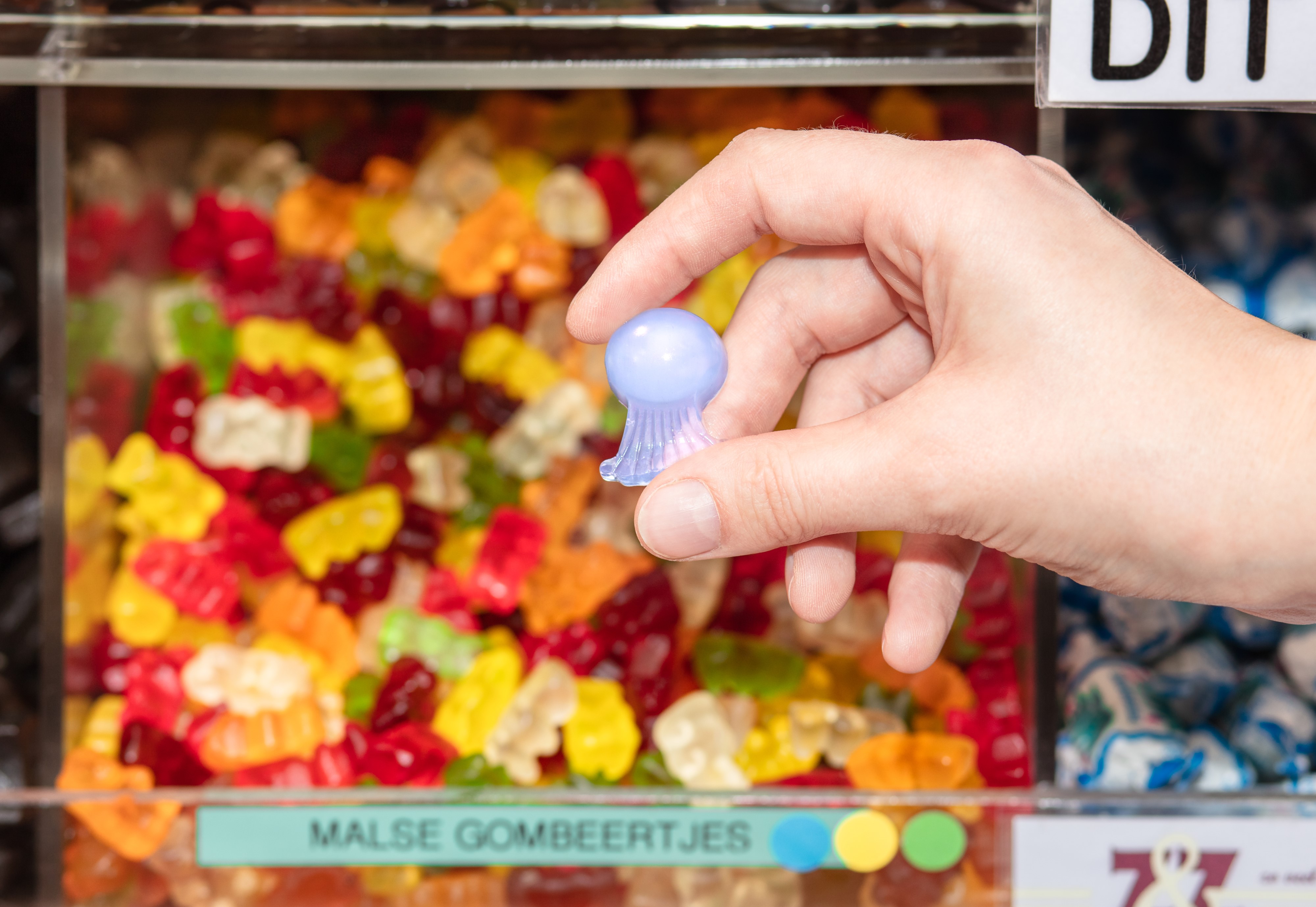 Before launching, it was important for the Jellatech team to create a proof of concept of its cell-based collagen and gelatin.  “Our first goal was to make a jelly out of jellyfish and other kinds of marine collagen,” co-founder and CSO van Deinsen-Hesp shared. “Last week, we did that.”

“We managed to make a small jelly out of marine collagen that we processed into gelatin, and that was really exciting.”

In the shape of a jellyfish with a bluish hue, the cell-based gummy appears to be the same size as a gummy bear candy. Jellatech now aims to improve their production process. “We’re hoping to make this a process that we can cost effectively and consistently produce very clean, ethical, and sustainable collagen and gelatin.”

van Deinsen-Hesp also clarified that Jellatech plans to go beyond cell-based marine collagen and gelatin. “Marine collagen is interesting, but we’re not only looking at it. Our main goal is to make a range of cell-based collagens that we can use for all kinds of products.” 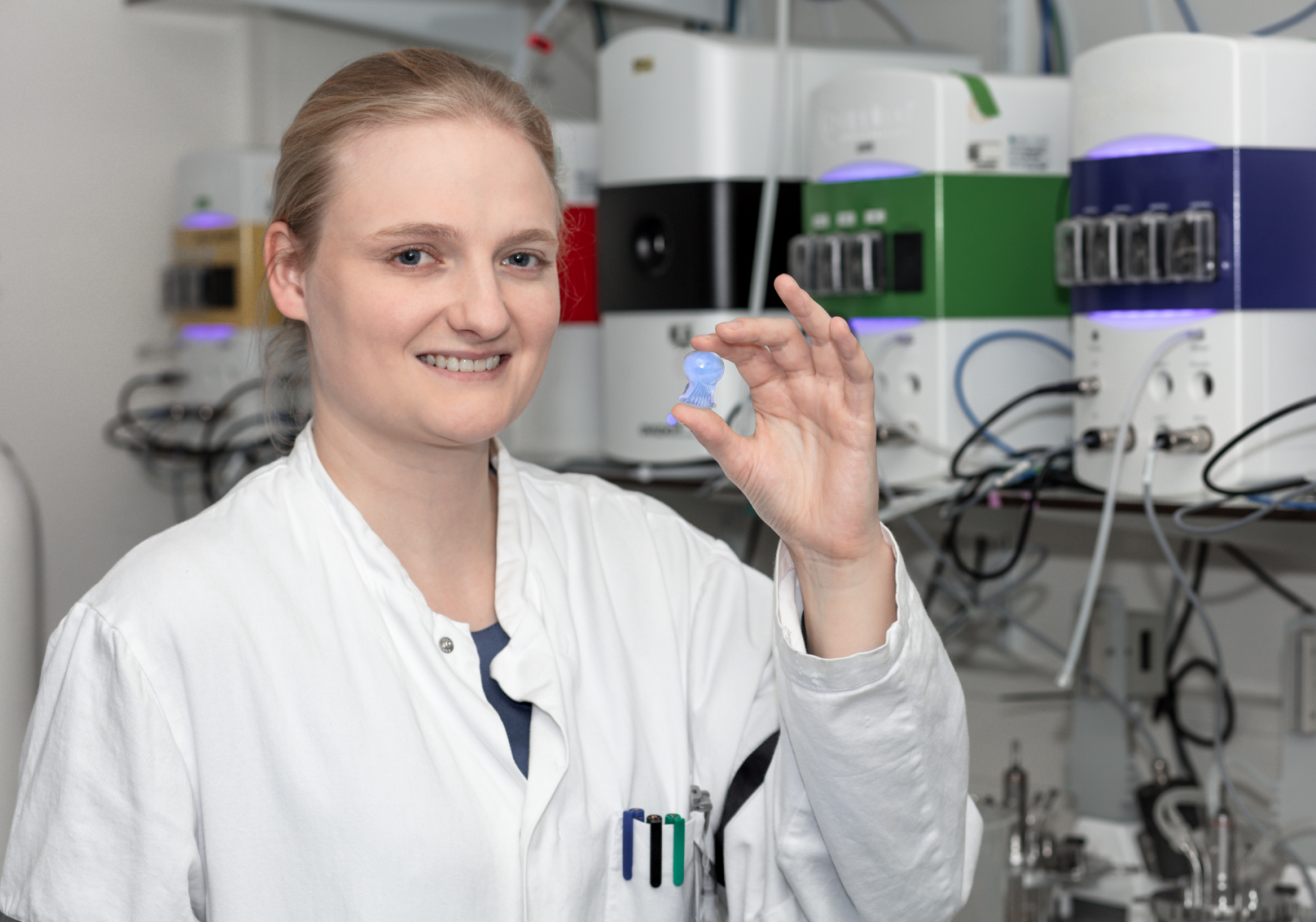 Compared to other startups using microorganisms to produce its protein of interest, Jellatech plans to use animal cells to produce its cell-based collagen and gelatin. Interestingly, van Deinsen-Hesp shared that cells naturally produce collagen in cell culture. “At JellaTech, we’re hoping to just let the cells do their thing and grow and make the collagen as they usually would.

“Some researchers would like to have cells not produce collagen because it makes them adhere to the bottom of the vessel they are in. But for us, we really want them to produce this and then we can isolate the collagen that they naturally produce. This would be really clean and high-purity collagen from which we can make all kinds of products.”

Michelsen compares this cell culture process to a better way of farming collagen and gelatin. “Instead of having animals in a farm, we have cells in a farm. Instead of harvesting their bones and skins, we’re harvesting pure collagen.”

In addition, by using the animal cells, van Deinsen-Hesp hopes to take advantage of cellular mechanisms  that microorganisms may lack to achieve full functionality. “Collagen is a very complex protein. It requires a lot of proper folding and post-translational modification, which microorganisms generally don’t do. Among other things, this is why scientists make complex proteins that need these modifications with animal cells, like monoclonal antibodies. They really need to be made in a really specific way.

“Based on that and our knowledge about what collagen is, animal cells will be more efficient and make a much higher quality product than a microorganism would.”

Michelsen also highlighted there’s no need to reinvent the wheel when animal cells efficiently produce collagen. “Instead of trying to make a car fly, let’s make an airplane fly better. We’re already starting with this ability to produce, fold, modify, and secrete collagen. As we view it, we’re starting at a higher starting point and, not only will that help in terms of yield, it will also help in terms of quality and performance later on.”

Moving Forward in a Remote World

Moving forward, Michelsen shared that Jellatech plans to raise funds to accelerate their work. “We’re in the stages of raising money that’s very much needed. We’re also going to expand our team. We’re hoping to have a commercial-grade product within 18 months. I’m also hoping to do more market validation and just continue to build on our technology and team.

“We want to fast track our work and get it out there where it can really make a difference. We need to accelerate science as much as we can, even though nature can be stubborn and doesn’t always want to cooperate.”

The team is currently remote with Michelsen based in Raleigh, North Carolina, and van Deinsen-Hesp based in Wageningen, Netherlands.

When asked about the impact of the Covid-19 pandemic on their work, van Deinsen-Hesp shared the challenges co-founders had to overcome communicating distantly. “I do think it requires you to be a bit more resourceful in finding a way to do things with all these restrictions. It makes us more creative.” 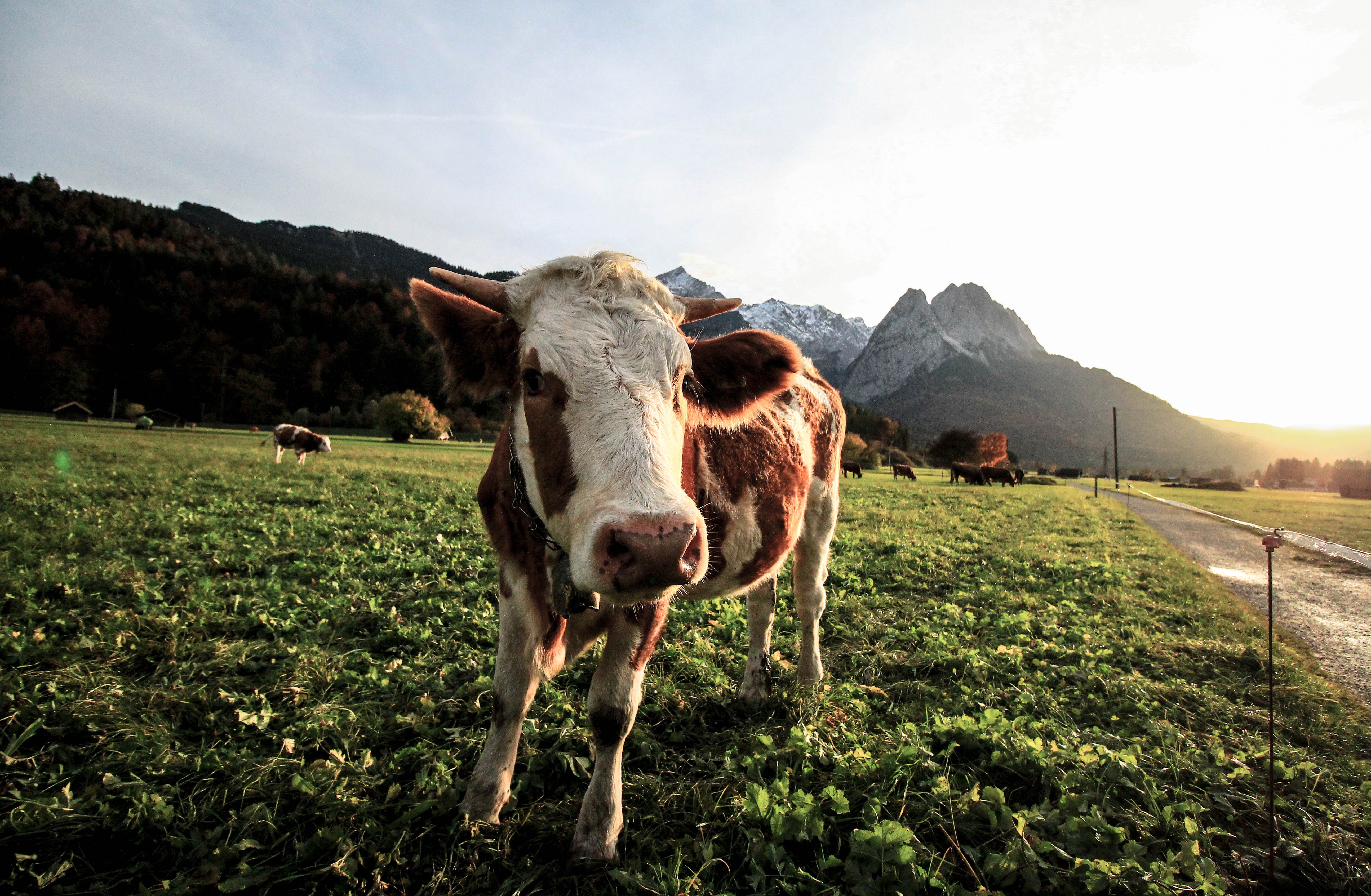 Michelsen agreed and added the pandemic has made people aware of their food choices. “We’re becoming more aware of how humans impact the environment and then, in return, how that impacts us. Our goal is to let people move away from being dependent on animals. The way we see it, we don’t need them for collagen and gelatin.”

Despite the distance, Michelsen, originally from Denmark, is confident about Jellatech progressing on two fronts with the option of returning to Europe.